It is time for an autobiographical book. With lots of photos and anecdotes from over 30 years of traveling and performing. And about special encounters with special people. Order today!

or simply send me an email to info@laurafygi.com 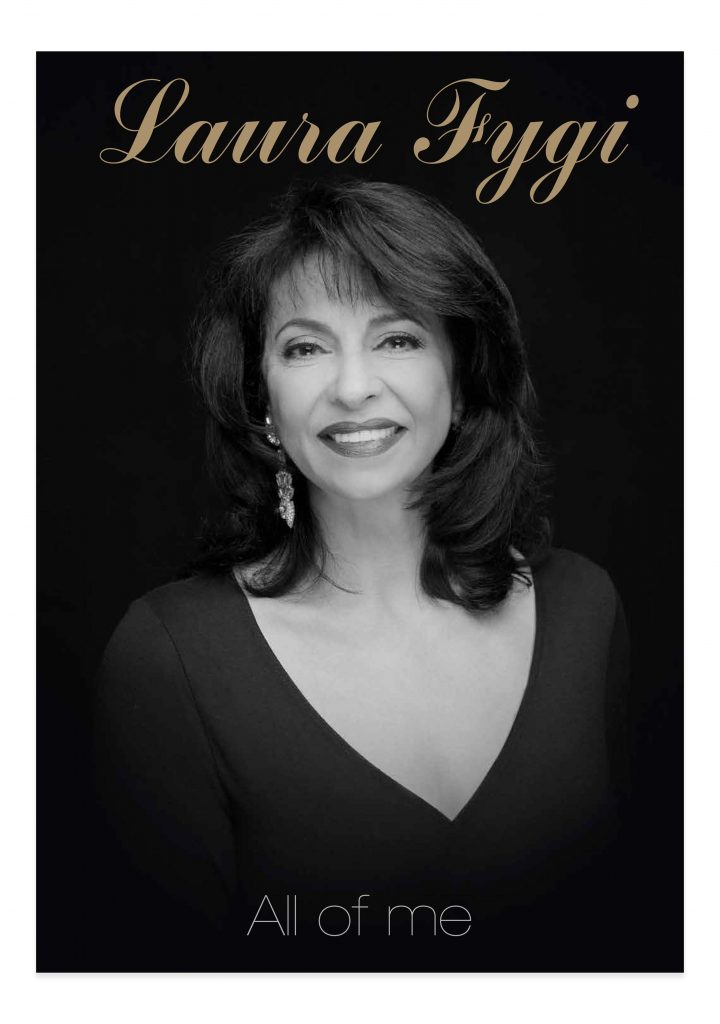 Very few Dutch vocalists are recognized abroad as icons in the field of singing and entertainment.

But she succeeded: Laura Fygi, daughter of an Egyptian belly dancer and a Dutch businessman.

She has been at the top of an impressive international career for over thirty years, singing in six different languages on all continents.

She achieved unprecedented international accomplishments as a singer as well as an actress.

Since 1991, she has performed on all major world stages, festivals, and in the most prominent clubs on every continent. Together with the prestigious American record label Verve and Universal Records, Laura Fygi released no less than 17 albums in over 30 countries. Many of them became gold and platinum records, and she has earned her spot on the American Billboard Jazz chart.

Laura Fygi is the first Dutch artist with a worldwide record deal with Universal Asia and closed several record deals with the Chinese record labels GoldTyphoon and JZ Music. Recently she reached over 140 million streams on Spotify from over 160 countries.

The LA Times recently wrote in a review, “Laura Fygi’s performance is better than `Frank Sinatra, Barbra Streisand and even Sarah Vaughan“.

So, it is time for an autobiographical book. With lots of photos and anecdotes from over 30 years of traveling and performing. And about special encounters with special people.